Posted by Four Brits And A Book on August 11, 2015
Posted in: Book Blitz, Jo, Spotlight. Leave a comment 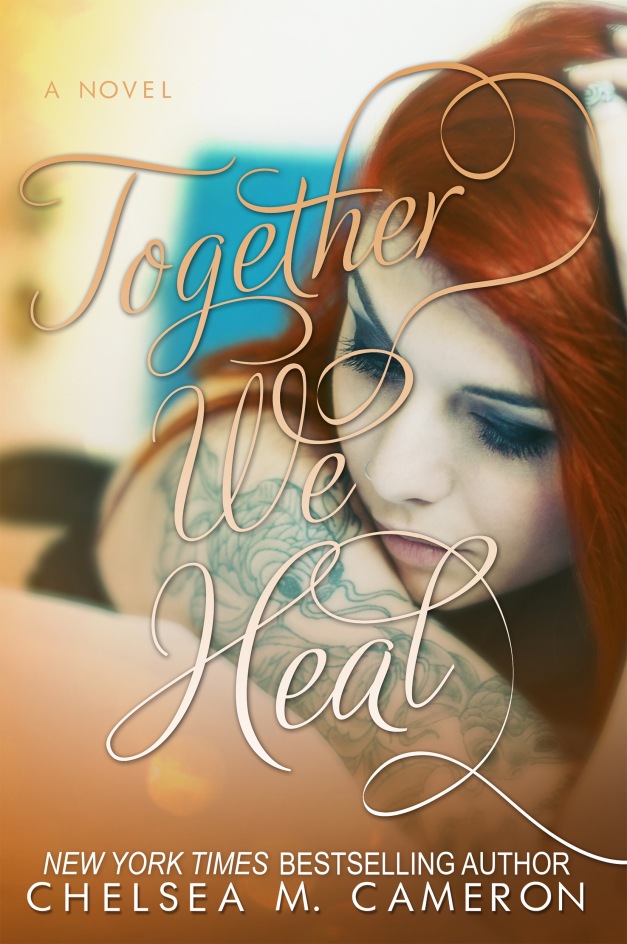 Trish Grant is not a romantic. Okay, so she may read her share of romance novels, but that doesn’t mean she thinks that some fellow with a six pack is going to ride up on a horse and sweep her (literally) off her feet. Romance like that just isn’t for her. It belongs on the page.

Max Jackson noticed Trish at his cousin’s funeral, of all places. She was hard to miss with her citrus-colored hair, violet contacts and fiery attitude.

Trish was just as captivated by Max. He makes her laugh, which is rare, and it doesn’t hurt that he rocks blue hair and the most killer smirk that drives her crazy. Max is there for her during a rough time and even if she wanted to, she can’t shake him.

There are things about Trish that Max doesn’t know, and she’s not going to tell him. She hasn’t told anyone and doesn’t plan on it, thank you very much. But when Trish’s life is ripped apart by a dark piece of her past, will she let Max in? Or will she give up her potential fairytale to protect her already-scarred heart from further damage?

Other Books in the Series:

Two years after her best friend was involved in a car accident that caused a traumatic brain injury, Lottie Anders is ready to start her freshman year of college. Ready to move on. Ready to start forgetting the night that ripped her life apart.

Her plans come to a screeching halt when not one, but both brothers responsible for the accident end up back in her life again.

Zack is cruel, selfish and constantly rubbing what happened to her friend in Lottie’s face.

Zan is different. He listens to her awkward ramblings. He loves To Kill a Mockingbird as much as she does, and his dark eyes are irresistible. His words are few and far between, but when he does speak, she can’t help but listen.

The trouble is, Zan was the driver in the accident, and now Lottie’s discovered he lied to her about what happened that night. Now she must decide if trusting him again will lead to real forgiveness, or deeper heartache.

Katie Hallman is done with douchebags. Done with guys who treat her like crap and leave her broken. But then Stryker Grant is there anyway. With his numerous piercings and bleached hair, he’s the polar opposite of all of her past relationships, which makes him the perfect candidate.

At first, Katie just sees him as a physical escape from her previous rocky relationship, and Stryker doesn’t seem to mind just being a distraction from Katie’s problems. But soon he’s getting under her skin, peeling back layers she’d rather keep covered. She tries to make it clear that she doesn’t want a relationship, but keeps breaking her own rules.

Then a tragedy sends Katie into the only arms who are there to catch her, and she’ll realize that she needs him more than she ever thought possible. But is she ready to let herself trust another guy with her already-battered heart? Or will she push him away to protect herself from getting hurt again?

Audrey Valdez didn’t mean to fall for Will Anders. He isn’t her type. At all. But his goofy smile, Star Wars quotes and athletic body make it impossible. She’s lived so long in the darkness and Will is like the sun. He makes her laugh more than she has in years and cares for her more than her own family.

But there are things about Audrey that Will doesn’t know, things he can’t know. She tries to push him away, but he just ends up getting closer to her, and to her secret. Is the risk of losing him forever worth the chance a being with the only person she’s ever loved who has loved her back?