Posted by Four Brits And A Book on April 30, 2015
Posted in: Excerpt, Jo, Release Day, Teaser. Leave a comment

Title: Jetson (Entwined in the Vine #2)

Jett, Sonny, Jude and Ace are four guys with very different personalities but with one strong mutual goal: to take their band, Jetson, all the way.

Jett Matthews, the lead singer of Jetson, and his boys are finally hitting the big time and living the dream they’ve strived so long for.

As always, dreams come at a price. There’s the non-stop media attention, the parties, the booze binges, and of course, being hounded by hundreds of groupies. For these boys, all that doesn’t seem like a hard price to pay; in fact for some of them, it’s just perks of the job.

Jett’s finally back on home soil after a tour of the U.S and Europe, when the cutest girl with the pinkest hair enters his world. Jett seems to be falling hard for the rainbow-haired beauty, but can she handle the pitfalls of fame and a life in the spotlight she’s about to be plunged into? She has a lot to consider, like her son.

As we follow Jett and Dolly’s journey, there are curve balls being thrown from all directions. Can Jett have his musical dream and his girl? And when the unthinkable happens, is it a step too far for Jett and Dolly’s love to survive?

Ultimately, can Jett keep the only girl he’s ever really wanted, while he takes over the world one sexy, husky lyric at a time?

I hear a large bang against my bedroom door, like someone has just walked into it, followed by a multitude of expletives. I smile, knowing it’s Sonny on the other side of the door. He’s no doubt just tried to walk straight into my room, not considering that it might be locked. I haul myself off the bed and head over to the door; I’m still smirking as I unlock and open it, and there is my best friend, rubbing his head and shoulder simultaneously.

His face is pained with deep frown lines across his forehead, “Jett, what the fuck, man? I just practically broke my arm and smashed my skull in?”

“The door was locked, Sonny. I am entitled to some privacy. If you started knocking before just walking in to my room maybe I wouldn’t have to lock the door.”

“No, Sonny,” I say, exasperated. “I haven’t got a woman in here. I just wanted a bit of peace and quiet.”

“Oh, you were jerking off then,” Sonny replies, nodding in understanding, and smiling, because in his eyes, that at least makes a good enough reason for my door to be locked. 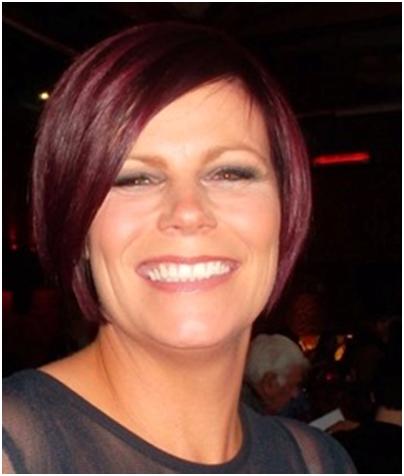 I am a crazy, happy and fun Essex wife, mum and a good friend to anyone who needs one. I love cheese and red wine. I am addicted to Starbucks lattes and social networking, where I have made some wonderful friends, some of which I have since met in the flesh.

I released ‘The Vine’ in last August 2014. ‘The Vine’ is the first book in my ‘Entwined in the Vine’ series, the second book in the series ‘Jetson’ is about a hot rock star by the name of Jett Matthews. The third book in the series I have already started writing is about sassy chick Katy Stephens and I hope to have it released the early part of 2016, although it could be earlier!!

Written as a series, I recommend reading them in order, although this is not essential as each book can be read as a standalone as they focus on different characters.

When I am not writing I can be found reading, listening to music, browsing Pinterest or just generally daydreaming about a new make believe world I can throw myself into. 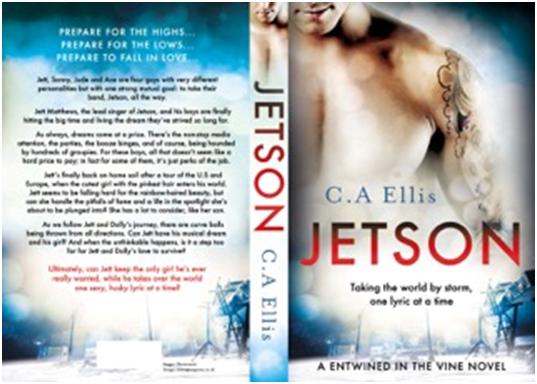