Posted by Four Brits And A Book on March 16, 2015
Posted in: Excerpt, Giveaway, Jo, Release Day, Teaser. Leave a comment

﻿A chance meeting turned my world inside out.

Intelligent, sexy, and rich. With a dash of roguish charm and a cocksure smile, Nathan Blake is the ultimate fantasy. He can have any woman he wants with only a glance.
And he wants me.

My past has left me broken and humiliated, wary of men like him.
I cut myself off from the pain, moving thousands of miles away to escape every reminder, determined to start anew.
I’ve been second best before. It isn’t happening again.

One kiss and I’m caught under his spell, drawn to him with every breath I take.
I can’t resist.
The passion that explodes between us becomes an intense connection neither of us thought we’d share. Or need.

The suffering inside me reflects his – a pain I know he feels, but can’t bring himself to reveal.

…if only I can let down my guard for him and trust.

When I joined him, he was leaning against the sink staring at the wall, his features twisted in annoyance. “It’s important to me,” I encouraged, setting his empty bottle on the counter beside him. I pressed a hand to his shoulder. “I want to know all about you like you do me.”
“Yeah,” he scoffed, shrugging me off, “except you won’t let me in either.” The ferocity of him tossing the plates into the sink with a crash panicked me. My ears began to ring with the sound of my heart thudding in my chest. Nate glanced sideways, his face set. “You’re keeping secrets, too.”
I winced at the harsh truth of his words. What right did I have, asking him to open up when I couldn’t do it myself?
“Kara.” His fingertips drifted over my cheekbone. I jumped, taken aback by the veneration in his touch and the gentleness of his voice. “I don’t want to argue, to spoil an idyllic couple of days.”
I hated seeing him like this, so lost and bewildered, out of control. It went against so much of what I treasured about him. Yet it gave me comfort to know he wasn’t just an ideal high on a pedestal, completely out of reach. Nate was human, and he was here, with me.
I stepped closer and rubbed his arm. His eyes were mesmerising, the pupils almost fully dilated. My breath caught when I saw the depth of his feelings swimming in them as he stared back at me. The tiny tick of his jaw pulsed as he gritted his teeth. “I’m trying to do right by you. Trying my utmost to shelter you.”
My body tensed. “From what?”
Nate caressed my face, seeking and finding strength the way I did from him. His eyes were fretful and undecided. God, what had happened to make him behave so out of character?
I wrapped my arms around him and pressed my cheek to his chest. His heart pounded frantically. His shower gel still lingered on me, and mine on his skin. The two scents, woody and almond merged together, giving me an inevitable sense of calm and assurance. “What happened in New York?” 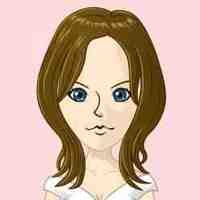 ﻿﻿Most days, you’ll find Stephanie John on a yacht, wearing a very skimpy bikini, drinking champagne, eating chocolate and never gaining weight. When she isn’t asleep and dreaming, in real life you’re more likely to find her at the school gates, wearing whatever she dragged on that morning, drinking copious amounts of coffee.  She still eats chocolate, though — everyone has their vices, right? Somehow, amidst the chaos of full-time mummy duties, she manages to write.  Contemporary romance has always been her favourite genre to read for as long as she can remember (age-appropriate, of course).

Never in a million years did it occur to her to write one of her own.  Now, she couldn’t imagine doing anything else.