Posted by Four Brits And A Book on November 25, 2014
Posted in: Excerpt, Jo, Playlist, Release Day. Leave a comment 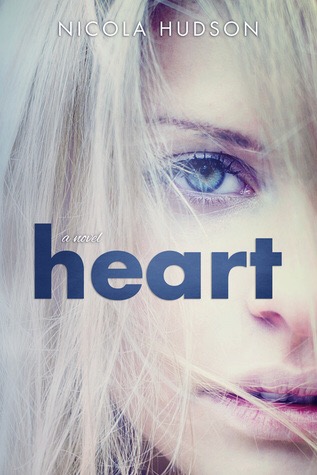 Synopsis:
Sometimes it doesn’t end with happy ever after.

Neve believes Jake is the one. She is miles away from home, struggling to fit in at university and missing the people she loves. The only thing getting her through is the knowledge that Jake will be visiting for the weekend.

Jake believes he isn’t the one. His family and lifestyle mean he can’t give Neve what she deserves: so much more than him. He arrives for the weekend, knowing that he has to break her heart, along with his own.

Sometimes we make decisions and have to live with the consequences.

I walk in to the tattoo studio, not sure what to expect. After all, my last one had been done illegally, in the back room of a piercing place, as I was underage. I’d been lucky; it hadn’t turned out to be the complete disaster that some unprofessional tattoos were, and I’ve seen enough pictures on the internet to know it could have been a hell of a lot worse. But this time, it’s different. I’m not a kid anymore and this time I want it done properly. It’s the least she deserves.
By half past two, I am beginning to regret my decision. Maybe a sixteen-year-old’s sense of rebellion is a better pain suppressant than the paracetamol I took earlier, but, shit, this hurts more than I remember it doing last time. My arm is raised over my head so Dave can work on the underside and I’m tempted to tell him not to worry about that bit as it’s not that visible. Telling myself off for being such a pussy, I clench my fists and think about the reason for going through this.
Neve.
Myrtle.
In a weird way, this is about me proving I can take more pain than I am expecting her to cope with. This is real pain I can man up to. I have no defence in the face of the agony caused by the hundreds of thousands of shards I broke my heart into.
I was so naïve to think it would get easier as time passed. Every day, another ounce of doubt is added to the weight of the pain I carry wherever I go. If Neve is feeling even one-tenth of the pain I am, I will always hate myself for putting her through this.
Do I wish I had kept my mouth shut and not gone through with it? Definitely.
Do I wish she had got in touch in one of my weaker moments? Hell, yes.
Do I still believe it was the right thing to do? I don’t know.
Since almost breaking down when bloody Fix You by Coldplay came on the radio at one of the houses I was working on, I’m doing everything I can to keep myself out of pain’s way: listening to some god-awful thrash metal on my iPod and steering clear of Grace’s sympathetic glances, encouraging me to bear my soul.
Yet here I am, putting myself through this burning pain because it distracts me from the real pain that I can’t get rid of any other way.

Facts About Heart:
• When I started to plan Heart, I knew I didn’t want to write about Neve and Jake falling in love. That’s the easy part – dealing with the end of a relationship is much more traumatic! This is where the tagline sometimes it doesn’t end with happy ever after originated.
• When I wrote Curve, I didn’t think that I would be writing a second novel, let alone using some of the same characters. However, by the time Curve was finished, I already had the title Heart and knew it would be Neve’s story.
• I didn’t really like Neve when I started to write her in Curve! But that changed as she supported Cass and I saw what a wonderful friend she was.
• Like Neve, I went to university in Brighton and loved sitting by the sea, especially on a wintry, windswept day.
• I took the photo on the back cover – on yet another wintry, windswept day at the beach.
• Without being too spoiler-y, the ending was very different in my plot outline. But then I reached a point where it felt like the planned ending was going to feel too contrived to be realistic – and a late night conversation with a blogger gave me the courage to change it.
• One of my wonderful friends, who is also a beta reader, let me go with her when she had a new tattoo. The scene where Neve gets her tattoo is a pretty faithful account of that afternoon; I even wrote it in a coffee shop close to the tattoo studio!
• The hospital scene was the hardest scene I’ve ever written. I’ve been in a similar situation to Neve and writing about it brought all of the emotions back to the surface. I was drained and couldn’t revisit it for a few weeks.
• I found writing Heart much more difficult than Curve. I hit a metaphorical brick wall and was really struggling when I went to an author event in Edinburgh. I asked every author I met for advice. So I have Abbi Glines, Kirsty Moseley, Karina Halle and Natasha Boyd to thank as they gave me some really useful tips which got me back on track.
• Myrtle is a beautiful evergreen plant with white flowers that symbolizes love and immortality: which is why Jake uses it as a nickname for Neve.

About the Author:
As well as being a writer, I love reading and reading about reading. My taste goes from Shakespeare to John Green…and much of what lies between! Dickens, check. Austen, check. Atwood, check.

Over Christmas 2012, I discovered the joy of new adult fiction and, inspired by Colleen Hoover and Tammara Webber, I decided to try my hand at writing my own NA novel.

I love the friendliness of the Indie writer community and have been overwhelmed by the support of followers interested in my journey. Please feel free to monitor my publishing progress via my Facebook page, Twitter or blog 🙂

My first novel, Curve, was released in October 2013. My second novel, Heart, is a standalone companion to Curve and will be released in November 2014.