Posted by Four Brits And A Book on October 28, 2014
Posted in: Excerpt, Giveaway, Jo, Release Day, Teaser. Leave a comment

Matt Sky is missing. After a solo ascent of Longs Peak that left only a large blood stain, tatters of climbing clothing, and the tracks of an animal in the snow, he is presumed dead.

Hannah Catalano is guarding a secret: she knows Matt is alive. After Matt’s memorial service, she lingers on the East Coast with his family, but it soon becomes clear that his brothers’ motives are less than gracious. Nate Sky is bent on tracking down the author of Night Owl, a book that charts the last days of Matt’s life with uncanny and scandalous accuracy, and which appeared only after his death. Seth Sky is bent on getting Hannah into his bed.

Hidden away in the woods, Matt and Hannah strive desperately to maintain their ruse and their relationship—but their web of lies only tightens as Matt struggles with the consequences of his decision, and Hannah tries to escape Nate’s libel suit and fend off Seth’s advances…until Hannah is put in danger, and Matt must make a life or death choice. 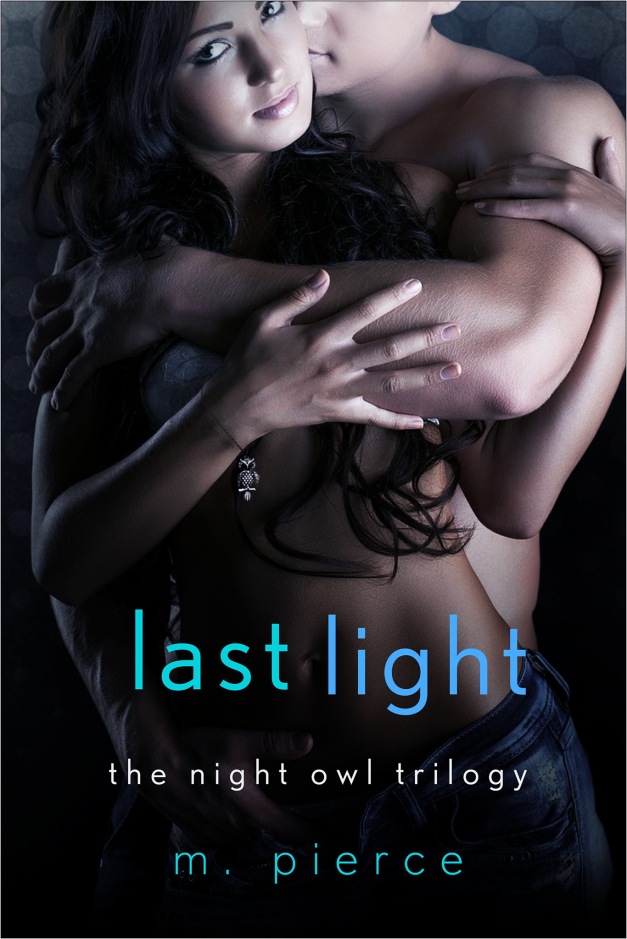 Synopsis:
“Tautly written, complex, and vibrating with a dark sensuality that will have you at once blushing and anxious. You’ll think you have this book pegged . . . but you’ll be wrong.”—Christina Lauren, New York Times, USA Today, and international bestselling authors of The Beautiful Bastard series

At twenty-eight, Matt Sky has the perfect life. He has a beautiful girlfriend, a massive inheritance, and four national bestsellers — all penned under his airtight alias, M. Pierce.

At twenty-seven, Hannah Catalano is a train wreck. Her boyfriend is a deadbeat and her job is abysmal.

Matt and Hannah meet online as writing partners. Their relationship is safe, anonymous, and innocent…

Until Matt sees a picture of Hannah. Hannah’s picture sparks an attraction Matt is powerless to ignore. When circumstance brings Matt and Hannah together, the strangers begin a love story that’s passionate, poignant, unforgettable, and unstoppable.

Synopsis:
In the final novel of the Night Owl Trilogy from bestselling author M. Pierce, can a passion that has withstood many ordeals become a love strong enough to last a lifetime?

At twenty-nine, Matt Sky is trying to return to normal, having faked his death and come back to life. He and Hannah move to a simple house in the suburbs, and strive to grow their relationship into something durable and honest. They become more and more entangled, in the best ways possible.

At twenty-eight, Hannah finally has the life she’s always wanted: she’s pursuing her career as a literary agent at Granite Wing Agency, she is writing her first solo novel, and she is living with her hot, passionate lover. For the first time, Matt and Hannah are able to explore intimacy without inhibitions—without lies, secrets, or jealousy—and the results are explosive.

Still life together is not as easy as it seems. Matt is estranged from his brothers in the wake of his cruel stunt; Seth Sky, embittered by his failed pursuit of Hannah, makes a play for Hannah’s sister; and the topic of Hannah’s novel—her relationship with Matt and the Sky family—is driving a wedge between her and Matt. The lovers are devoted to one another, having come through many ordeals, but is their bond strong enough to last a lifetime?

Matt insisted on carrying me to the bathroom. I hugged his neck.
“Matt, you realize I can walk with a black eye, right?”
“I’ll be the judge of that.” He set me on the counter and I squeaked; the marble was frigid under my bare bottom. He dropped one of my bath bombs in the tub and watched it fizz and color the water purple.
Once, I managed to convince Matt to use a bath bomb with me. It was called a “sex bomb” and it was supposed to “put us in the mood” with “exciting scents” and “natural pheromones.” I grinned at the memory. As soon as Matt realized the bomb was coating his skin in sparkles, he leapt out of the tub ranting about “looking Twilighty” and “smelling like a girl.”
“What’re you grinning at?”
“You.” I smiled. “And this bath, which is such a transparent effort to avoid saying goodbye. Sweet… but transparent.”
Matt frowned and paced the small space of the bathroom. Ha! I was right. Matt planned to leave me in the tub and slip away.
My poor, adorable night owl—he really had issues with goodbyes.
“No,” he mumbled. “Maybe…”
“Can I induce you to stay a little longer?” I uncrossed my legs deliberately and spread them. Matt watched. He folded his arms and tilted his head.
“How does your cheek feel?”
“They’re cold.” I grinned.
“And you say I’m bad.” He slid me off the sink and turned me. I watched our reflection through the patchy steam on the mirror. Matt—God, he was so tall, and the look on his face was arresting. He wanted me. I knew that look. 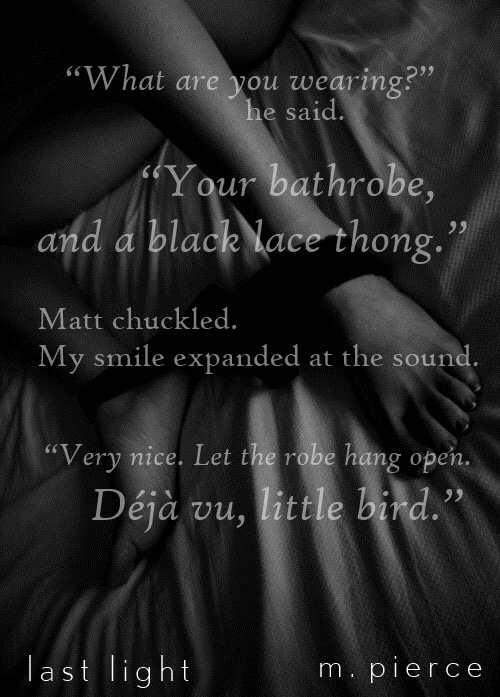 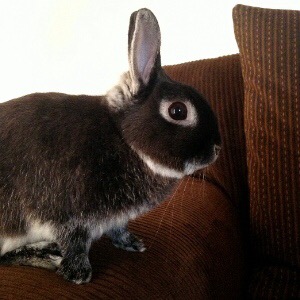