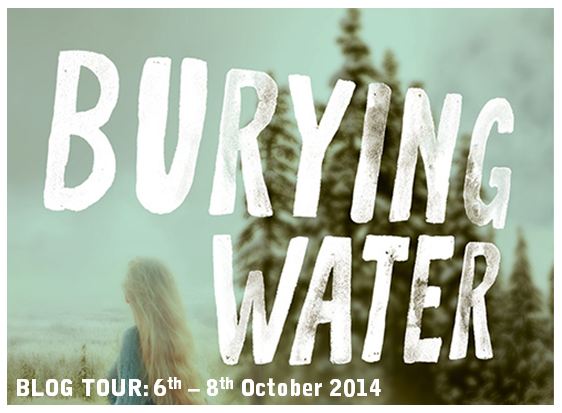 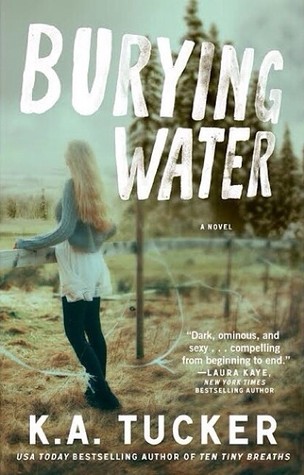 Synopsis:
The top-selling, beloved indie author of Ten Tiny Breaths returns with a new romance about a young woman who loses her memory—and the man who knows that the only way to protect her is to stay away.

Left for dead in the fields of rural Oregon, a young woman defies all odds and survives—but she awakens with no idea who she is, or what happened to her. Refusing to answer to “Jane Doe” for another day, the woman renames herself “Water” for the tiny, hidden marking on her body—the only clue to her past. Taken in by old Ginny Fitzgerald, a crotchety but kind lady living on a nearby horse farm, Water slowly begins building a new life. But as she attempts to piece together the fleeting slivers of her memory, more questions emerge: Who is the next-door neighbor, quietly toiling under the hood of his Barracuda? Why won’t Ginny let him step foot on her property? And why does Water feel she recognizes him?

Twenty-four-year-old Jesse Welles doesn’t know how long it will be before Water gets her memory back. For her sake, Jesse hopes the answer is never. He knows that she’ll stay so much safer—and happier—that way. And that’s why, as hard as it is, he needs to keep his distance. Because getting too close could flood her with realities better left buried.

The trouble is, water always seems to find its way to the surface.

My review:
I am not new to KA Tucker’s writing. I devoured Ten Tiny Breaths and this. This book? Blew them out of the water. Pun totally intended.

Page after page, chapter after chapter, I was lapping up the words. I needed to know what created the present situation our characters were finding themselves in by reading the “Then” chapters from Jesse’s POV but I also needed the story to continue in Water’s “Now” POV. I already knew she’d lost her memory but dammit if I didn’t want to know the back story, now story and future story right the hell now.

I found myself reading the past chapters and then going back to the prologue to see if any more clues fit together in my guesses as to what had happened to Water, or Alex as she was known. Jesse clearly had his reasons for protecting her from finding out about her past so it can’t have been good. From what I was reading about her past it was ideal but it was manageable. She was safe, she was provided for, she was doing what she thought was best for herself at the time. But she was alone. She had never known anything different from the moment she turned 18. My heart ached for her. I sensed her emptiness and lost soul through the words she spoke and the actions she carried out. Even though everything was through Jesse’s mind, I felt her dispair.

Then when we meet Jane Doe/Water in the present, the same feelings are multiplied due to the obvious distress she is now experiencing. *insert shattered heart here*

My memory – my life – isn’t simply riddled with holes. It has been sucked into a black hole, leaving nothing but this battered husk behind, my mind spinning but unable to gain traction.

Jesse. Now, what can I say about Jesse? Yes, he fooled around with a married woman, yes he was naughty and karma would have come and bitten him on the bum in the end but as much as my heart ached for Alex/Water it positively twisted for the situation Jesse had come to find himself in. He was a true and tested bachelor. From sleeping on a mattress on the floor to saving every penny he could for his dream car to having his personal garage space at his parents’ ranch. So, to see – in words – him getting struck by Cupid’s arrow was lovely. The way he then, selflessly, protected Water from her memories, from her dark past and the truth behind her whole being, I fell in love. Deep.

You can’t fight connections and chemistry, though. And despite Water not knowing her true relationship with Jesse, they couldn’t fight one another. It was natural that they came back together as one. Wasn’t it? But what would happen if by being with Jesse, she remembered everything – the good, the bad, the downright UGLY? Talk about drama!

There really isn’t much else to say about this book without giving too much away but, to reiterate, LOVED the chapters alternating POVs and timescales (it seems to work perfectly in books providing they’re written well); adored all of the characters – even Ginny – oh, Ginny! And the chemistry? I’m surprised at times it didn’t char the pages of my book!

“…truth is like that water: it doesn’t matter how hard you try to bury it; it’ll always find some way back to the surface. It’s resilient.”

A wonderfully, unburied 4 out of 5 stars! 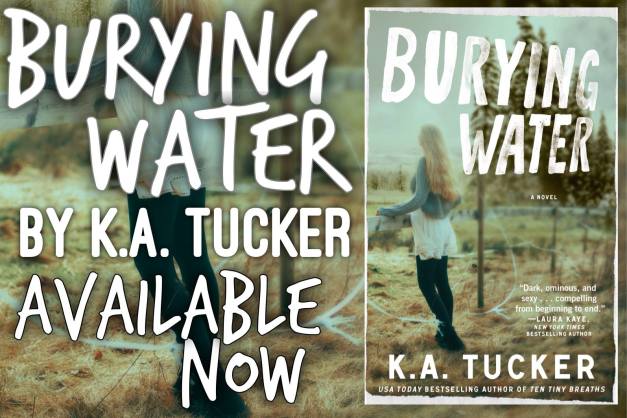