Posted by Four Brits And A Book on March 6, 2014
Posted in: Random. Leave a comment 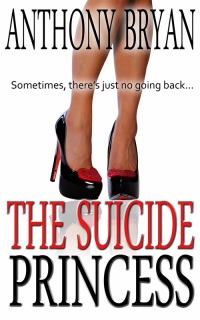 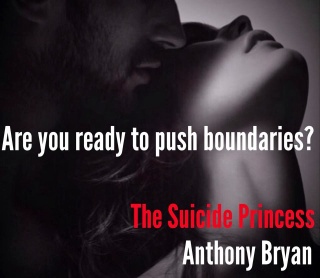 Derrick leaned forward, inviting Stephanie to climb onto the back of his bike, and he said, “Let’s roll, bad girl.”
Stephanie climbed on, and she wrapped her arms around Derrick’s waist as he started the engine and brought the thunderous exhaust to life.
“Oh my God, that’s loud,” Stephanie yelled into Derrick’s ear.
“You just hang on,” Derrick said before suddenly driving through the parking lot and to the main road.
Derrick drove to the highway where he immediately drifted to the left lane and rapidly accelerated the bike to well over ninety miles per hour. Stephanie let out a thrilled scream as they blew past the slower cars. Stephanie yelled, “Where are we going?” but Derrick only replied by revving the motor and driving even faster.
Derrick drove about forty-five minutes west of Boston, and he exited the highway to a secondary country road. The back road rolled through gentle hills and curves, and the forest on either side of the pavement had grown so tall, a canopy of trees completely covered them. Derrick slowed his speed down, as this wasn’t a thrill ride, this was something different. This was an experience to be taken in slowly and not rushed.
Stephanie’s arms wrapped tighter around Derrick’s waist, and her hands rubbed against his abdomen and chest as she pressed the side of her face against his back. Stephanie closed her eyes as she felt the breeze blowing over her face, and the mixed smell of Derrick’s natural odor and the fresh forest air was the most intoxicating aroma she had ever sensed.
As the afternoon was wearing on, the sky began to darken from the clouds rolling in. The air became heavy with the smell of rain as the first sprinkle appeared. Derrick pulled off to the side of the road as the rain grew steadier.
As Derrick turned off the engine, Stephanie asked, “Why are you stopping? It’s raining.”
“The road’s going to be slick. I’m cool with risking it by myself, but not with you.”
“But Derrick, we’re in the middle of the woods, and it’s pouring!”
Derrick got off the motorcycle, and he lifted Stephanie to help her down. “It’s okay,” he replied. “Follow me.”
Derrick took Stephanie by the hand and he ran, pulling her behind him. He found a large tree which was filled with branches and leaves, and he led Stephanie under it.
“It’s not the best, but it’ll do. It won’t rain long,” Derrick said.
“It won’t be long?” Stephanie asked. “Then I don’t want to waste it.”
Her long brown hair was dripping, with rain falling down her face to her lips. Derrick’s hand grabbed the back of her neck, and pulled her in to kiss her deeply. Derrick stepped forward into Stephanie, causing her to step back until she was pressed against the tree. Derrick’s drenched shirt was clinging to his body, and it stuck to him as Stephanie began pulling it off. Derrick pulled Stephanie in close as he was kissing her, and each press of his lips against hers felt like her very first kiss all over again.
Derrick’s hands began unbuttoning Stephanie’s tiny shorts, and once undone, she couldn’t get them off fast enough. As the rain fell on them, Derrick lifted Stephanie off of the ground. She wrapped her legs around him, and with her back pressed against the tree, he made passionate love to her. Stephanie was overcome with emotion since this was so different from her other experiences with Derrick. This was the kind of powerful, connecting, and loving sex Stephanie had always dreamed of having. I love this man, she thought to herself but didn’t dare have the courage to say out loud.
As the passing rain began to let up, Derrick stopped making love to Stephanie. He kissed her gently and she asked, “You didn’t cum. Do you want me to finish you another way?”
Derrick kissed Stephanie and replied, “You didn’t either.”
“This time, it wasn’t about cumming for me,” Stephanie replied.
Derrick softly said, “It wasn’t for me either.” 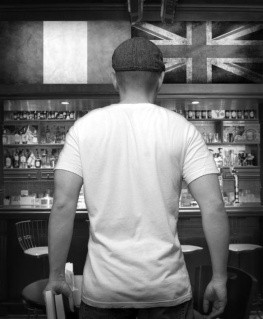 Born and raised in London, UK, Anthony’s hope, more than anything, is that his words can provide an escape for you, and he hopes they take you on a journey you won’t soon forget. His goal is to give you something different, refreshing and unlike anything you’ve ever read. In a sea of authors pumping out the same cookie-cutter stories, Anthony can only try to be the one who stands out and takes you on one hell of a ride. Find your favourite reading spot, pour yourself a drink (or two) and love every second of every page he writes…After all, he writes them for you!
At 27 years old, Anthony now resides in the U.S. where he divides his time between Boston, Massachusetts and Sarasota, Florida. He served with the American military in eastern Afghanistan, and he is a combat veteran as well as an accomplished fighter training in Brazilian Jiu Jitsu and Muay Thai kickboxing. He has more tattoos than his mother would have liked, and he may not seem like the typical erotic writer – because he’s not. He’s different, and his work is different, so get ready to be blown away.
Throughout his entire life, even as a young child, reading has always been Anthony’s escape from reality. It was a way to temporarily leave the boring monotony of day-to-day life, and it allowed him to visit far off lands, meet unusual characters, take incredible adventures, and even learn about the very edges of our universe. Being able to take his love of reading and transform it to a passion for writing has been the greatest gift he has ever been given.
FACEBOOK / GOODREADS / TWITTER / WEBSITE