Blog Tour Review: Disclosure of the Heart by Mary Whitney

Posted by frankiecesca84 on November 24, 2013
Posted in: Random. Leave a comment 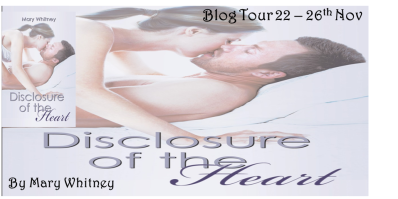 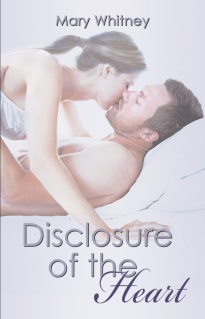 Disclosure of the Heart
by Mary Whitney
Hosted by: Bare Naked Words

Sixteen years is a long time to wait for your true love to reappear, and, anyway, Nicki Johnson couldn’t wait for the impossible to happen. Hard life lessons have taught her that fairy tales are children’s stories, and fate is cruel. Burying her hopes, she’s spent the last sixteen years focused and driven toward her career, and it’s landed her with a job at the White House with a gem of a boyfriend. But when her high school love, Adam Kincaid, walks into the White House as a BBC reporter, Nicki’s world is thrown into turmoil as she relives their past. Adam has come back for her, but has he arrived too late? 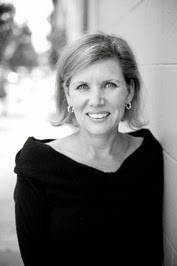 Even before she graduated from law school, Mary Whitney knew she wasn’t cut out to be a real lawyer. Drawn to politics, she’s spent her career as an organizer, lobbyist, and nonprofit executive. Nothing piques her interest more than a good political scandal or romance, and when she stumbled upon writing, she put the two together. A born Midwesterner, naturalized Texan, and transient resident of Washington, D.C., Mary now lives in Northern California with her two daughters and real lawyer husband.

So straight after finishing Beside your Heart I picked up Disclosure of the Heart. I could not wait to find out what happens between Nicki and Adam. Last you hear of them its nearly 16 years later and their jobs cause them to cross paths.

This is where Disclosure of the Heart picks up and its smooth.
Nicki has a boyfriend her life has moved on and well Adam is her past, right?
The first time they’re in a room together she knows he’s there, in the room, she purposely avoids eye contact because, well, it’s Adam.

“I avoided looking in the back left where I knew he was sitting.”

However when their eyes do eventually meet for Nicki she’s transported back to all pain and memories from when she was just seventeen and lost her sister.

I locked eyes with him, and all the pain I’d known stabbed at me. I was seventeen again, with a scarred body and a shattered life.”

As time goes on the strain to remain professional between the two becomes more and more difficult. After all the truth is Adam has come back for her.

The whole time I found myself wanting to scream at Nicki and tell her, ‘Come on! Adam is hot, he’s the love of your life, forget everything you’ve worked hard for just drop your knickers already.’ I just wanted them reunited and you just knew they wanted each other but life is just not black and white.

When Nicki was with her boyfriend I just wished he’d disappear even though he was a sweet guy, in fact all the obstacles that were in their path blocking a reunion I wanted to sweep away. Lets face it they belong together but reading on you can see how difficult it will be for them to be together without damaging reputations due to their job responsibilities.

Well as time goes on Adam and Nicki start to spend their personal time together in a platonic manner, but it was never going to be easy for Nicki.

“We could be friends, even if I was a little jealous of his girlfriend and wanted to jump his bones. I was an adult. I could get over those things, right?”

So the huge question is do they get aback together or don’t they?

I’m not telling you but there are some real ups and downs. The ending to be honest left me hanging and craving for more. I would like to see more of Nicki and Adam and some of the other characters. This book is a lovely, easy read. Not too heavy that you come away feeling exhausted. It’s a great carry on from where Beside your Heart left off and I would recommend for sure.